Planning to make a little stronger ale with more Münchner-malt, using my homegrown Redsells Eastwell East Kent Goldings for aroma and some leftover hops for bitterness and taste.

The brewing process was surprisingly smooth. Last time, the wort got too hot; the lautering was almost impossible, the cooling was slow, and the result was 22 litres of fermenter malt porrage! So, this time I kept it closer to 66º. Lautering was very quick and easy, but the result was a much lower original gravity than I thought.

Before breakfast, I light the stove and start the heating of ~40 litres of water. 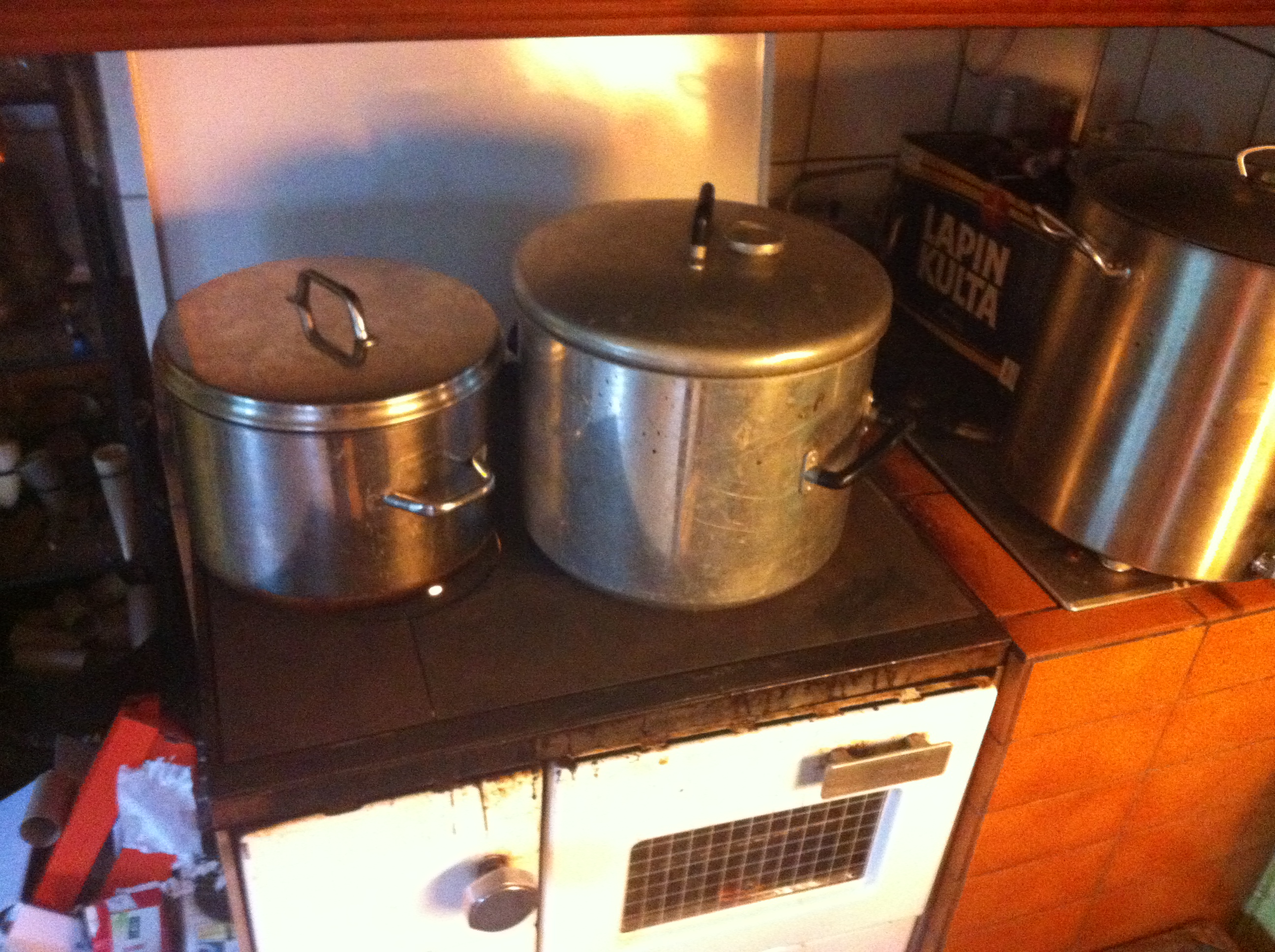 I have a Monster Mill 2 for crushing the malt, since earlier mounted on a board with four legs. 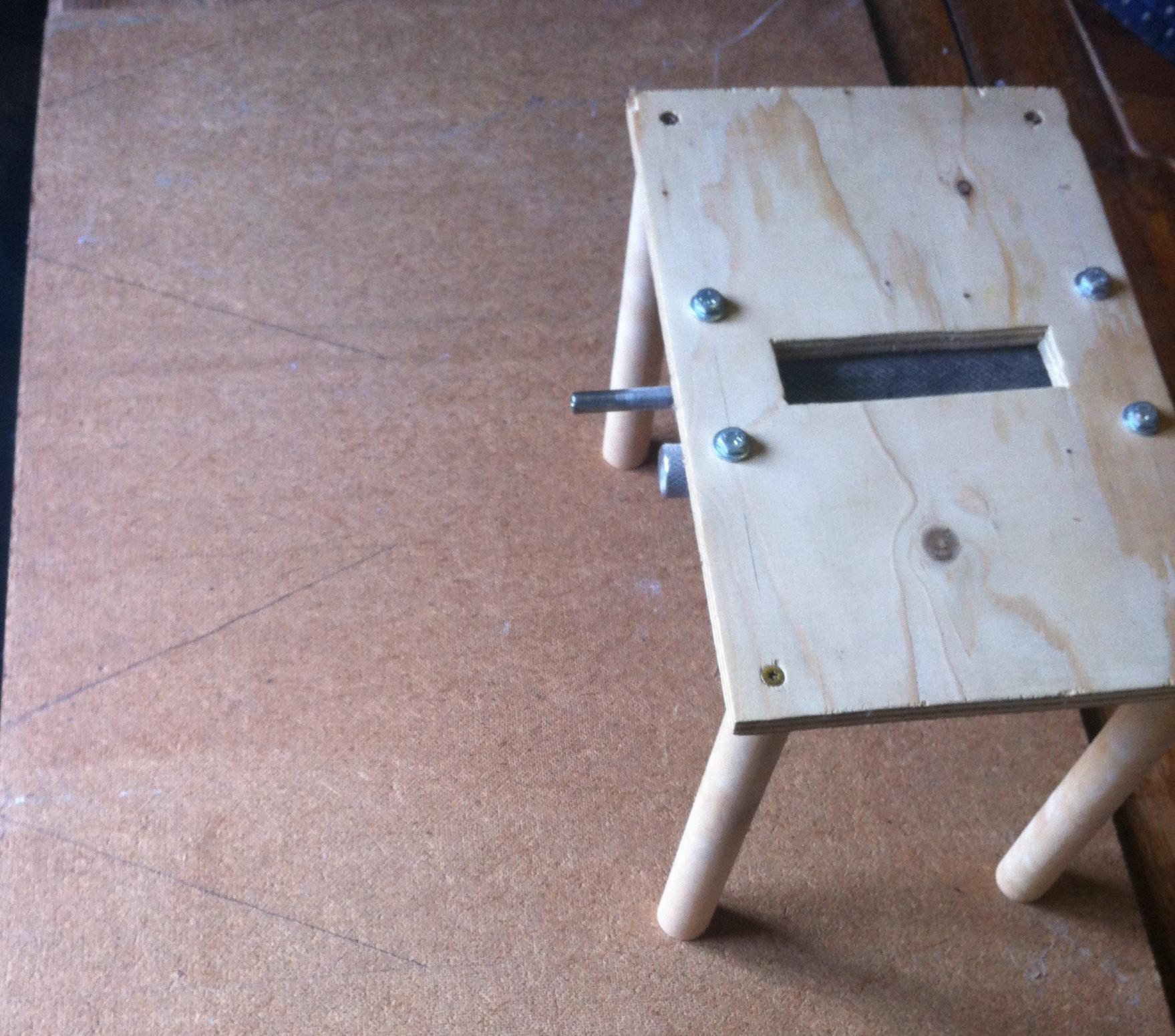 Adding to that, I now made a funnel for the malt… 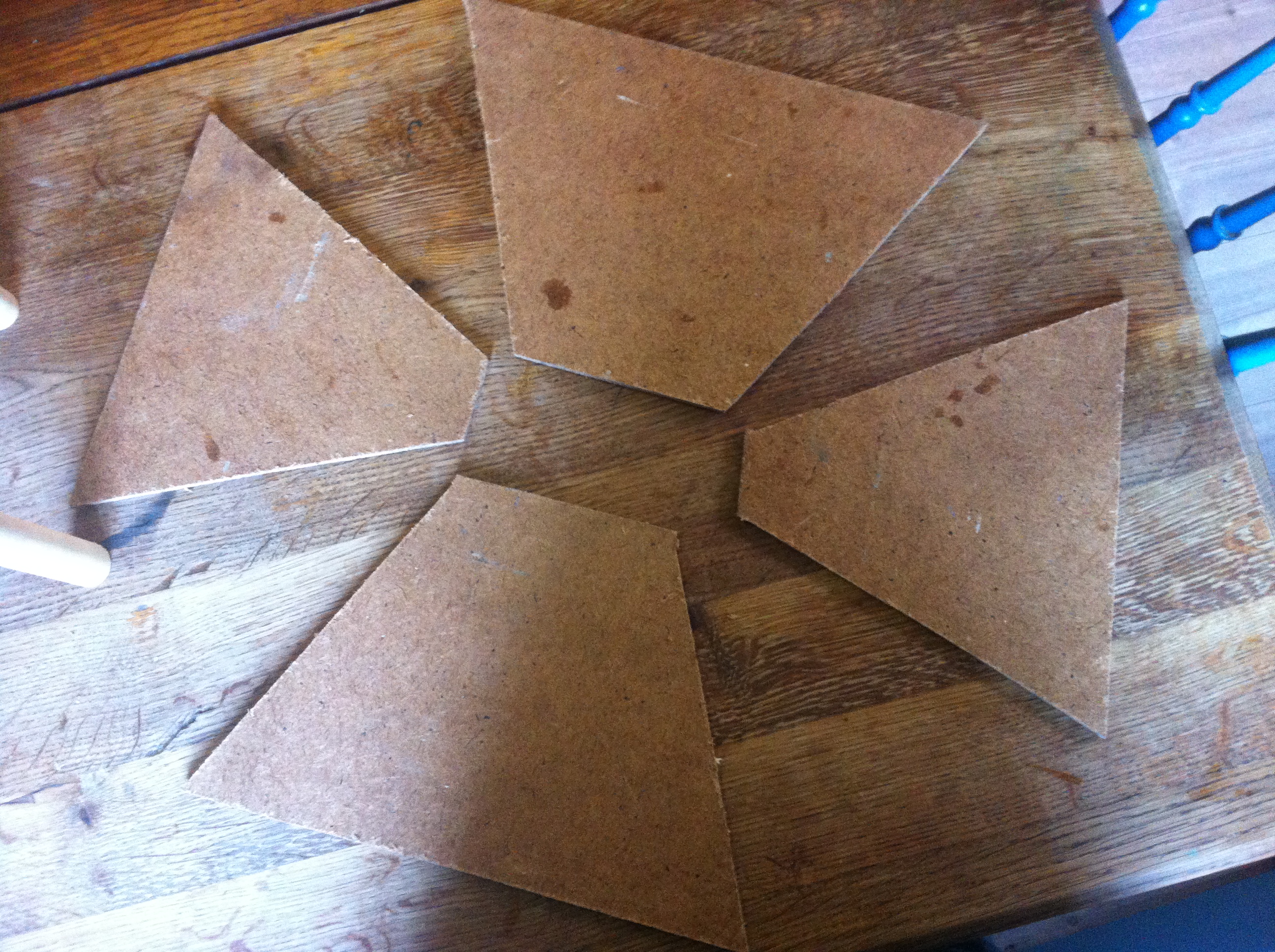 I made a board to regulate the speed… …but I need to make a large single hole there; these were much too small.

(Small pause for cleaning the kitchen.)

All crushing was done in a few minutes; much easier not having to pour it slowly into the mill! The mashing was kept at 65 - 70 ºC for 90 minutes. I was aiming for 66 - 69, and from earlier experience very careful not to get too high. The next time I think I'll experiment a bit with different temperature and protein pauses… 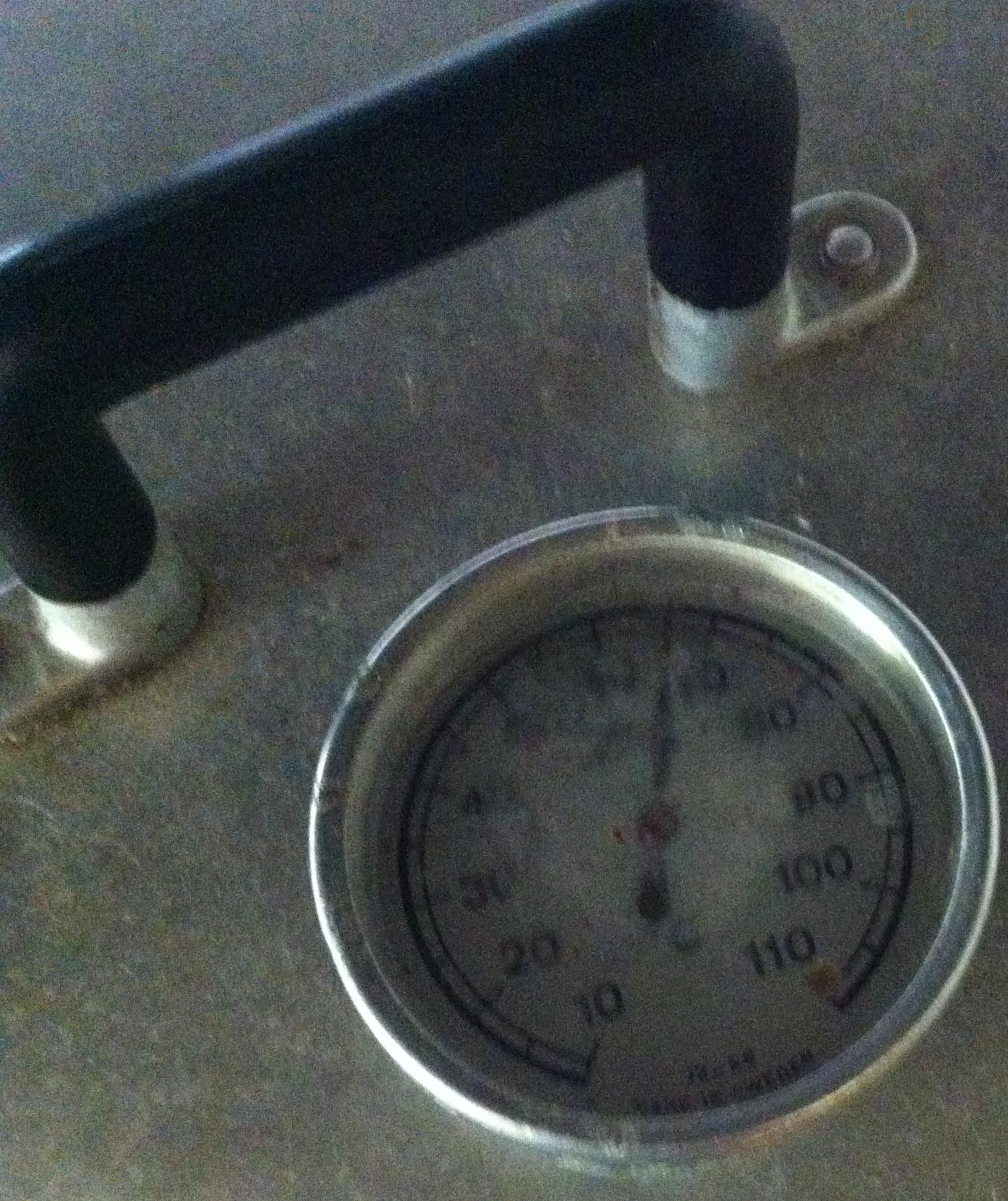 Using a perforated fermenter bucket inside another with a tap, pouring water of 70 - 75 ºC over… 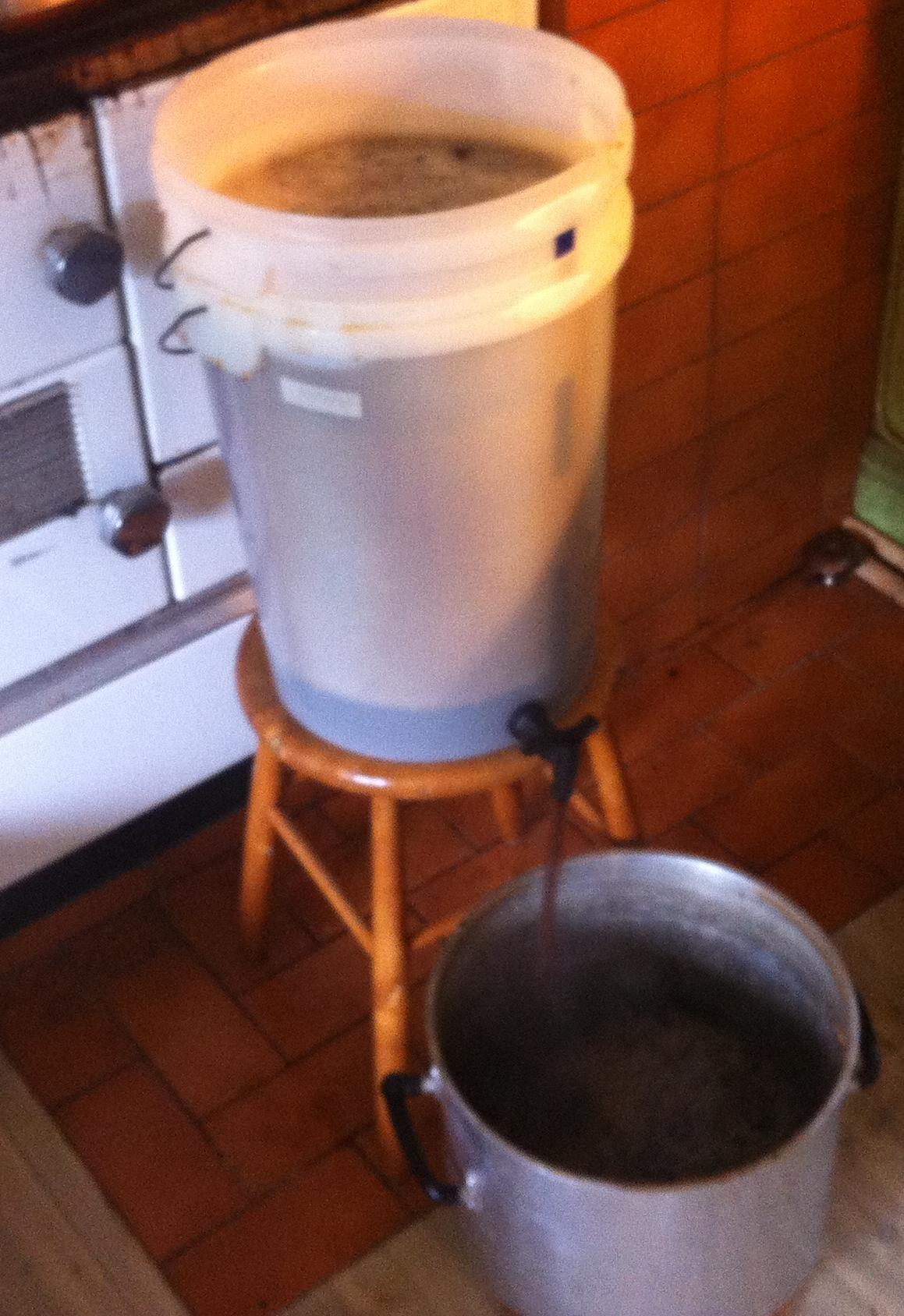 Aiming to boil it down to 22 litres. 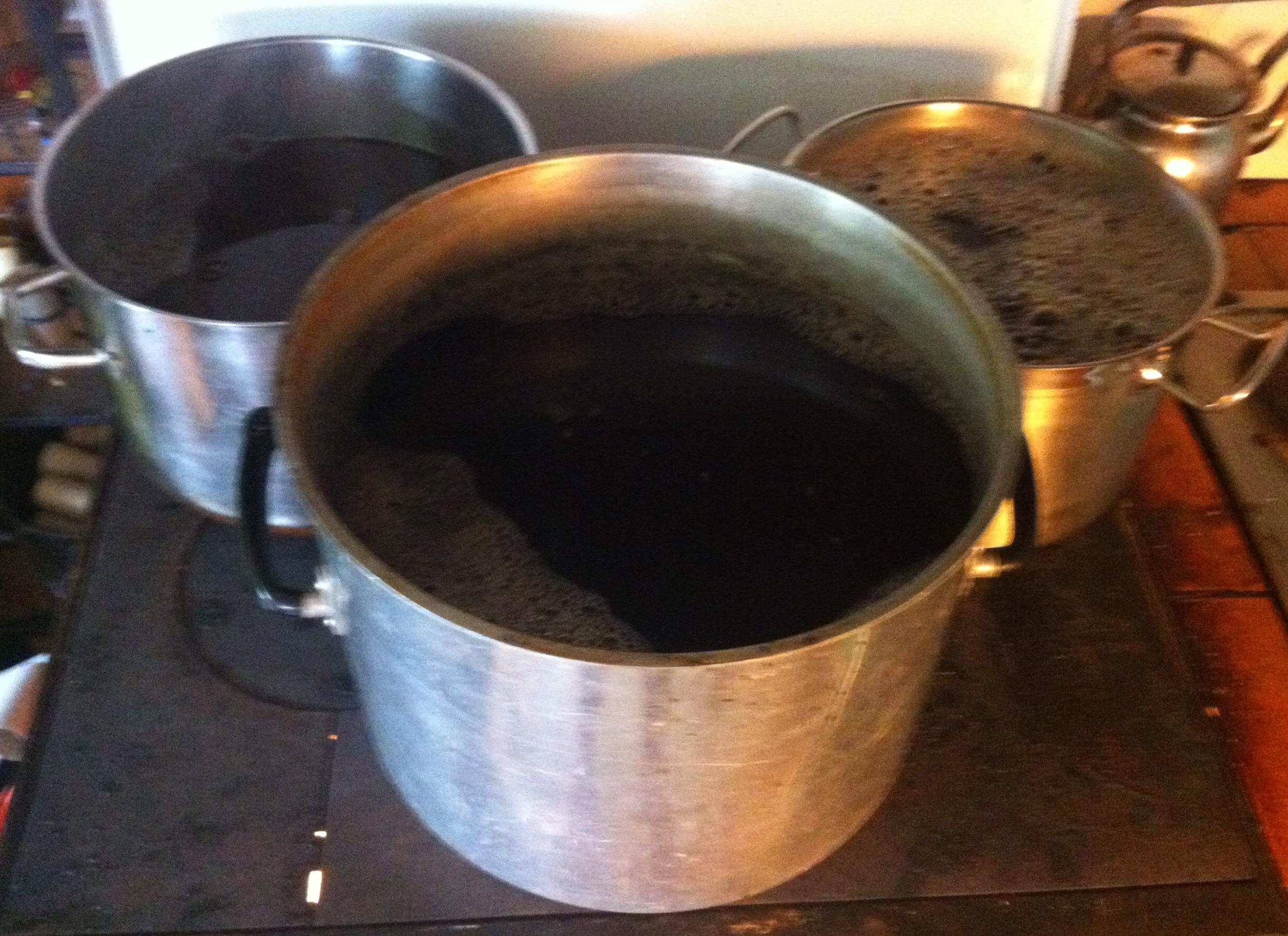 …while picking the hops… Dried cascade from an opened packages that's been in the fridge a long time. Placed in a nylon sock. I forgot to weigh it, but the weight of fresh hops is not really comparable to the dry ones anyway. 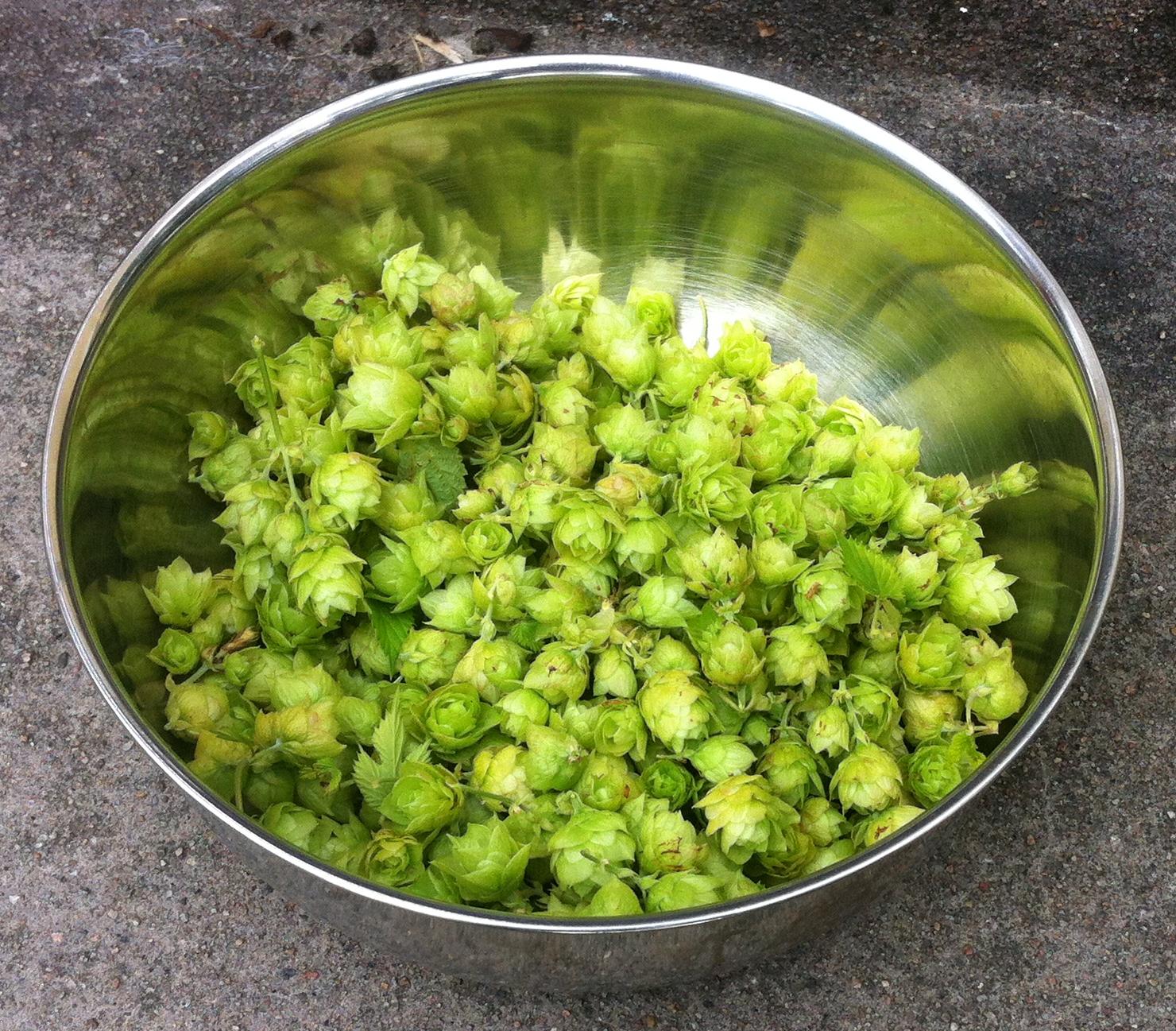 It looked like it was still a bit over 22 litres, so I removed the hops and let it boil a few minutes more.

It had actually boiled down to 18 litres. I added 4 litres of cold water to get up to the planned 22. In retrospect, that was perhaps a bad idea…

The original gravity was only 44 ºÖchsle (1044). It seems I shouldn't have filled up to 22 litres, and maybe the mashing was too cold or too short… 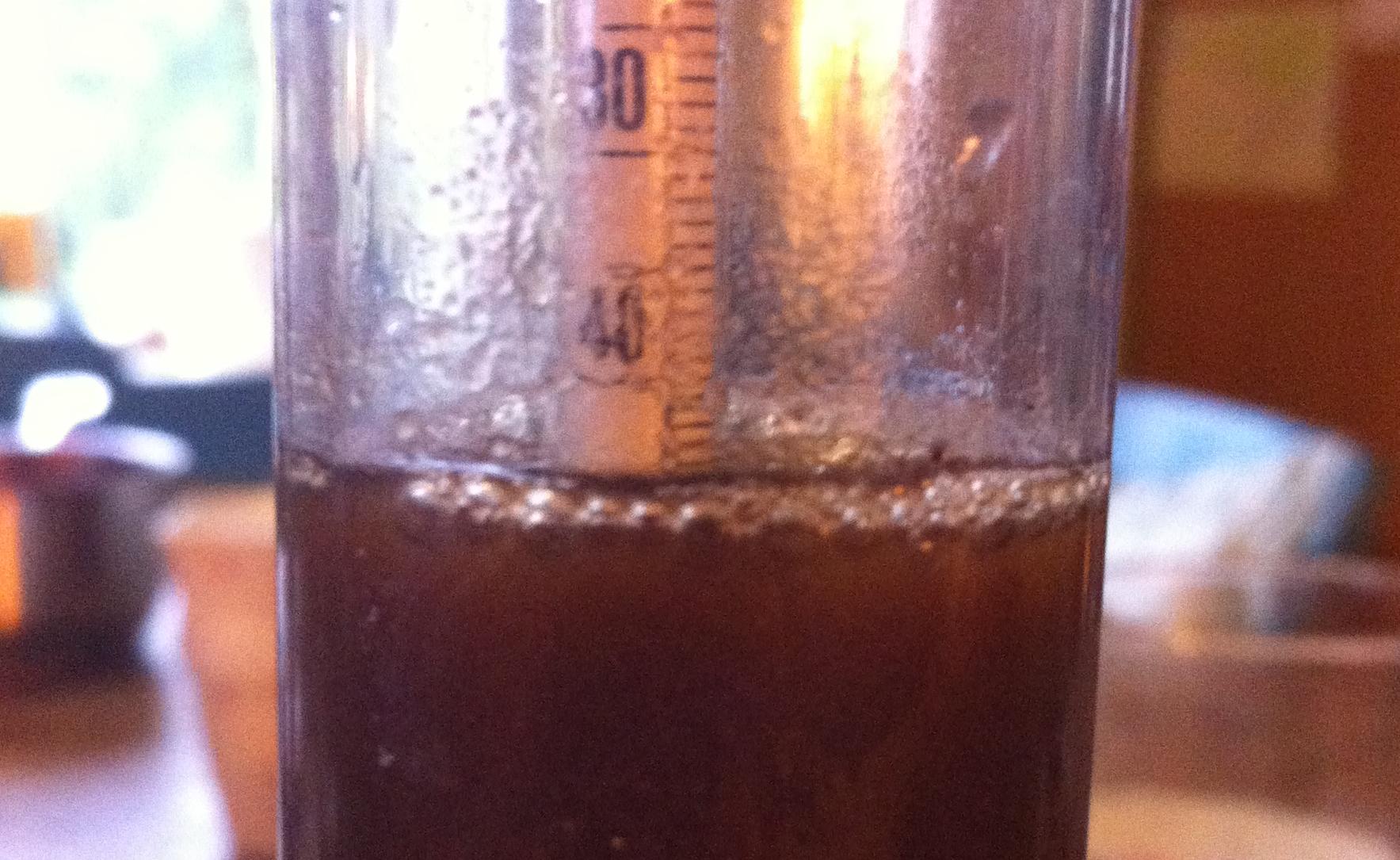 Well, I added the yeast and put the lid on.

Adding some oxygen by tapping it from one bucket to another. And now, the fermentation commences. 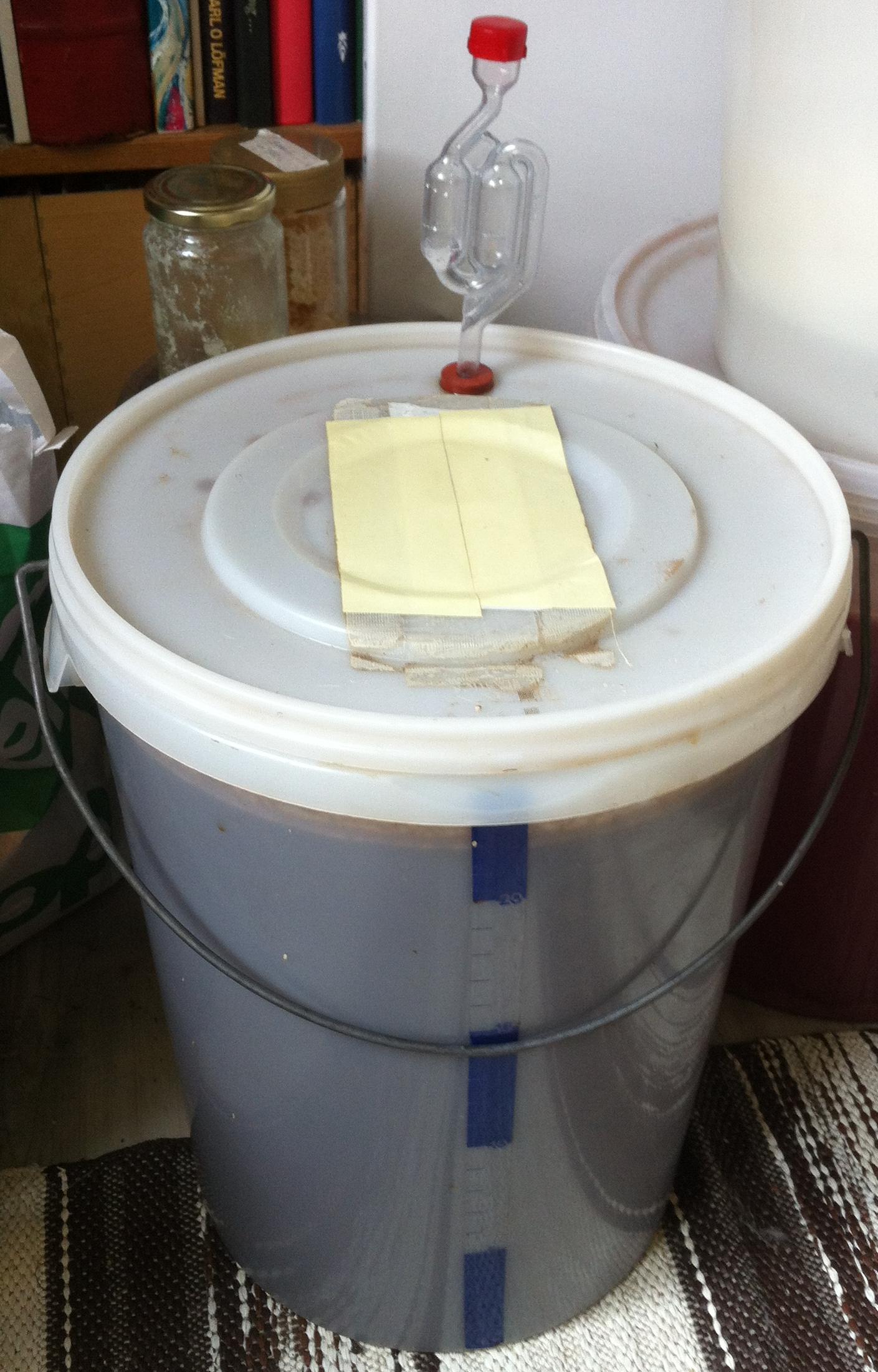